Authorization bug that every bug hunter missed on a popular program 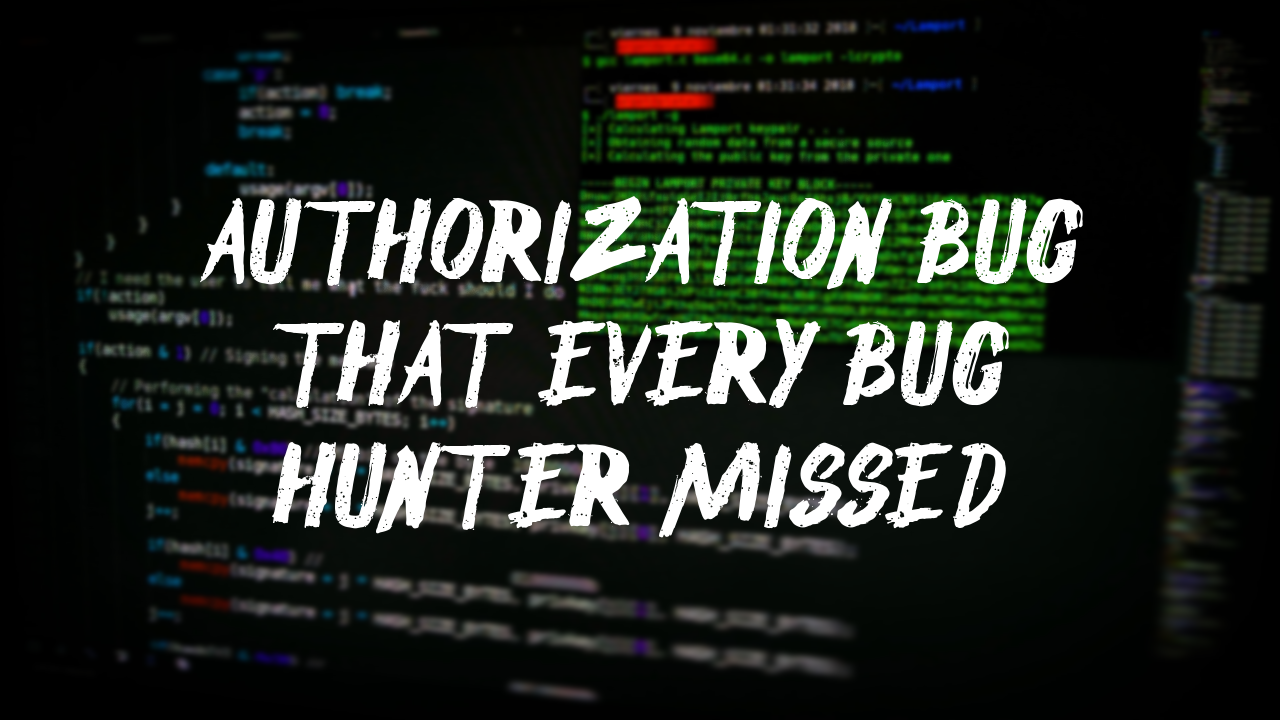 A story of broken access control bug I found while hunting with my friend who is a top bug hunter, huge thanks to him for sharing scope of this private program, as it is a private program I'm forbidden from disclosing name of program and the person.

It started on a fine evening when my friend asked me to collaborate with him on a private program for fun and my learning.

We were chatting & I was learning his methodology & how he approaches targets, in a few minutes he found few XSS on a sub-domain but that was OOS then he demonstrated how he generally checks everything, meanwhile I was struggling to keep pace with his findings and replies on chat meanwhile I had just signed up for an account on the site and Burp was logging all the traffic.

After a while he was done finding XSS & CSRF and went offline I was also kind of demotivated after he went offline thinking that program being so old and popular among bug hunters there will not be any low hanging fruits especially because H1 elite were in Hall of Fame of the program. Nevertheless, I thought I should at least go through basic functions of site at least for the sake of learning so I visited account settings.

While moving through it I found an endpoint which would return details of the account like usr_ID.


So naturally I tried sending the parameters through HTTP request body but it gave error again as usr_ID not being included so I added usr_ID parameter in the query string then it gave 200 response, I was perplexed thinking that it's just 200 response and account wouldn't have been deleted but it was, actually deleted permanently.


I immediately notified the company about the vulnerability & the team acknowledged that bug was valid, but exploiting the vulnerability required having access to usr_ID of victim which attacker couldn't, so severity of my bug was lowered. Though the security team was happy to raise bounty if I could find a way to harvest usr_ID. Unfortunately I failed in doing that as usr_ID being a UUID was not guessable, also there was no common meeting point between accounts so attacker couldn't get access to victims usr_ID.

Why this went unnoticed?

Security by assumption is bad idea, for defenders and also for attackers.

Most of the hunters including me usually assume that program is well tested and there couldn't be any low hanging fruits left, especially in a place like account settings page and that bug couldn't be found by tinkering with simple things like HTTP verbs and adding few parameters at the end of URL.

Initially while beginning the test with my friend, I never thought that, this night I'll end up finding a bug in 5-10 minutes. Usually for me it takes a long time to find bugs but bugs are there! Even on supposedly well tested areas of popular programs.

Actually I found similar bug on some other site it was an open redirect and I found it by guessing that the endpoint maybe receiving a parameter, comment if you want to hear story behind that!

Popular posts from this blog 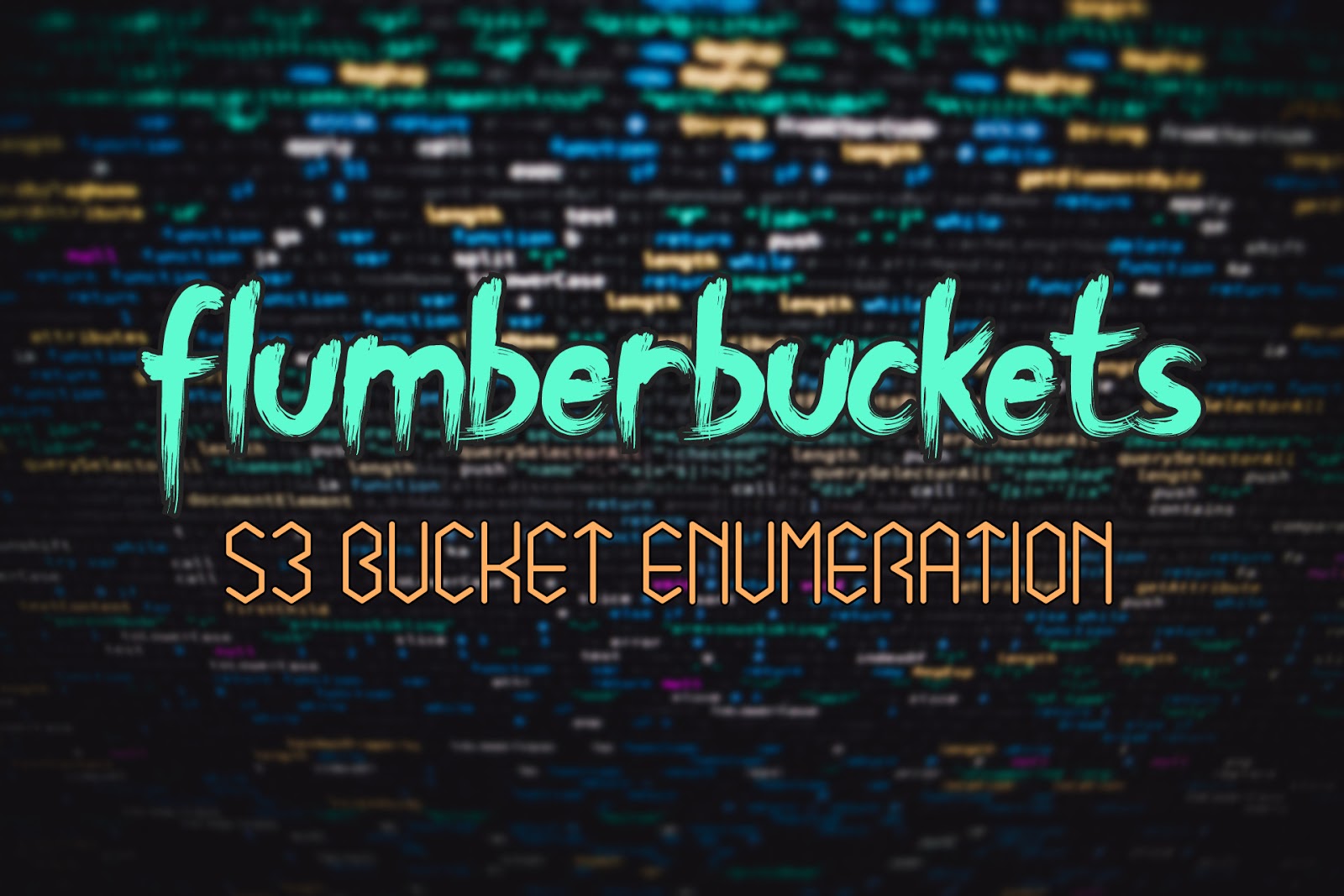 Flumberbuckets is a part of suite of scripts that I'll be open-sourcing on GitHub in flumberboozle repository, scripts in this repository are supposed to aid bug hunters in hunting, automating workflows, etc. There is also another script in flumberboozle repository which is a portscanner with scan auto-save, auto-startup function called portboozle. What is flumberbuckets? Flumberbuckets is is yet another S3 bucket enumeration tool which you can choose to use while hunting on bug bounty programs or during security assessment. I designed this tool to serve my purposes and now I am open-sourcing it, there are several different tools that exist for people with different tastes. The aim of this tools was to present S3 bucket enumeration results in better format which is visually more appealing than scrolling through output of a bash script that just runs   aws s3 ls  in a loop. How does it work? Flumberbuckets is a really simple script which combines the best of existing
Read more 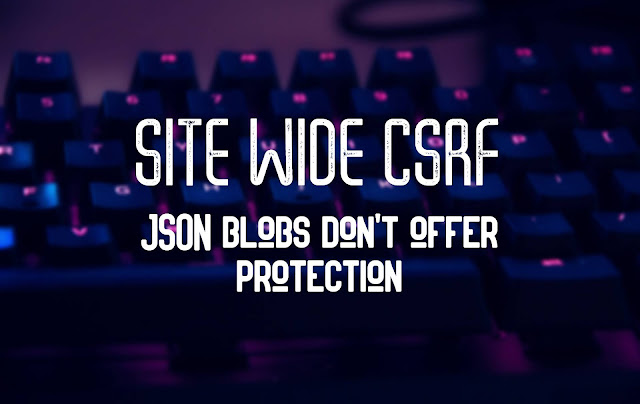 I found this bug in the same program that I explained in this post " Authorization bug every bug hunter missed " I was moving through another target on this program when I noticed that there was no CSRF protection like there were no tokens etc so I wondered what they were using to prevent CSRF, I noticed some high entropy strings in headers but request worked without those headers as well so that wasn't protecting the website from CSRF. Request body consisted of JSON objects basically {key: "value"} pairs the assumption behind using it was that in a typical CSRF attack attackers don't send JSON payloads, so using JSON will naturally protect the application against CSRF. Here's where the trick comes in, It's actually more of check that you should perform while trying to find CSRF bugs, I spotted it on Twitter first you may or may not be familiar with it, here's how it works. It's very simple assume that server side framework is expe
Read more